Apple’s founder and talisman, Steve Jobs has finally had to step down from running the world’s most successful company, it is probably overdue that the world recognises this brilliant strategist who changed the world. 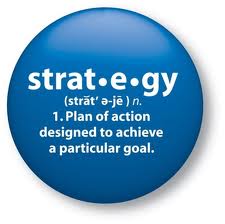 Had Steve Jobs just set-up Apple he would have gone down in history as a great inventor, but to have done it twice over with the same company, creating the world’s biggest company in the process surely makes him the greatest ever. Possibly his most important contribution was that he created markets and then the best products possible for those new markets. Steve Jobs understood that the technology needed to work for customers, rather than expect people to work the technology.

As a brilliant businessman and strategist, he more importantly created world class products and ran the company that delivered those products to market. Most superb inventors just invent and most great directors’ focus on leading, to do both simultaneously to such a high standard is an outstanding achievement.

Steve Jobs is so unusual because he understands that great technology does not sell itself and that to have great technology you have to be passionate not only about what you produce, but also about the world in which your products exist.


While to many who did not understand his holistic strategy they looked for and saw flaws, tried to stab the ego and even removed him from his own company (to play safe with what he had produced as a single new product).  He played the long game recognising that the world would not be changed overnight, this was his strategic master-stoke, he got the timing right by understanding the big picture and knowing when to strike.

He has been described by those who have worked with him as wilful, irascible, temperamental and stubborn, to name a few, but can anyone do so much without at least those characteristics to change the world? Other words, which people often use to describe him, include perfectionist, insistent and mesmerising and that is how the world will remember how he has achieved such global success.   In his Stanford address in 2005 he explained what made him, drove him and continued to motivate him to become the person and the huge success for which the world will remember him for.

Steve Jobs changed the world. He saw a world revolution in technology before anyone else and saw how he could drive that change. Great strategic thinking not only thinks about change but also the impact of that change will have, and that’s what makes him simply the best. Other owners and directors were working on improving their share price or becoming number one with their new product, focusing on the today, this month’s or this years priorities, Steve Jobs drove Apple to rethink the world and in doing so became its biggest player. His line in recruiting John Sculley from Pepsi “Do you want to sell sugar water for the rest of your life or do you want to come with me and change the world” sums up his strategic brilliance. 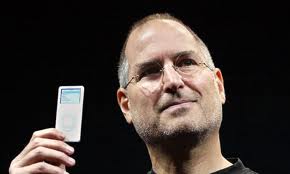 Evidence of this brilliant approach comes throughout his career, from Vangelis’ Chariots of Fire music to launch the Macintosh, through to his unforgettable iPod launch where with a huge back screen shot he casually produced it from the back pocket of his jeans; Steve Jobs has learnt how to successfully engage with audiences. Every product is meticulously planned with product lined up to two years in advance, with innovative marketing from start to finish.

From a business selling technology, it is now seen as having the best retail environment that people actually want to visit Apple shops where the focus is on excellence, not on pedalling technology cheaper than the next retailer. Steve Jobs has always had an eye for detail, which his artistic flare turned geeky boxes into works of art; a calligraphy course he went on led him to have a non standard font Apple Garamond created rather than traditional New Roman Times font, something he goaded Microsoft about at a high school speech some years later. That attention to detail is what demonstrated his perfectionist approach and left the competitors looking and feeling like they were in the dark ages.

Apple’s “Think different” strategy has worked so well since 1997 because it touched people who felt there was no alternative to the Bill Gates and Microsoft monopoly of software. Think Different also drove change for both the 50,000 Apple employees and allowing his strategy to infect and spread globally.  It was not only technical people who bought into Macs but a whole new generation of users who found that there was a credible alternative that did more than just be a glorified typewriter.
While Apple was never one man, Steve Jobs legacy will be difficult to estimate for many years to come as the world’s most successful businessman. The old adage it is not what one has done that counts but what one leaves to grow that is the measure of a man’s success and that will take time for the world to see his true legacy, but the following puts some numbers behind this success.

Since Steve Jobs comeback in 1997 Apple has sold:-

Apple is currently valued at $356 billion ($2 Billion ahead of Exxon) making it the largest company in the world. Last quarter alone Apple profits more than doubled to $7.3 billion, sales rose by 82% to $28.6 billion by selling 20 million iPhones, 9 million iPads, 8 million iPods and 4 million Mac computers .

Steve Jobs announcement of his retirement wiped $17 billion *(5%) from its market share, but he has increased its share value by 9000% since 1997.

The way you explain in this post is outstanding and knowledgeable.
Again thanks for sharing such an informative post. I will share this
information on my social media platforms which are really helpful for others.
Read similar post related to Fahim Moledina