What! YOU a Leader!

What is Leadership to YOU?

Leadership is never just a title. Leaders are people who show the way, they challenge people and make decisions, they are the people others look to as role models and for authority. Everyone can identify a good leaders when they see them in action, but what makes a good leader is always open to question as to which attributes really matter. Situational leadership, picking the right attributes of leadership for the situation you face, for the list below, is the key to great leadership, the ability to understand the leadership needs of the people you lead at any time. 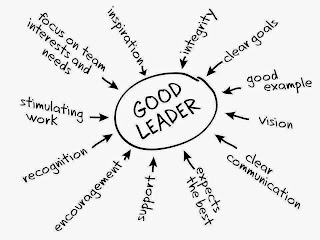 I have met many leaders who try to do all these things, 'trying to be all things to all men', but in doing so fail to lead. Leading people must always start by leading yourself, that means by believing in yourself, in your abilities and that your belief motivates and empower your team to perform. GREAT LEADERSHIP IS NOT WHAT A LEADER DOES BUT WHAT THEY INSPIRE OTHERS TO ACHIEVE. This essential first element, a leader's core belief in themselves and what they stand for is the self-branding which other people buy into.

Leadership starts with having a Clear Vision

True leadership to me is always shown by how a leader develops and owns their vision for their organisation. Having a clear vision which reflects what they stand for, is the most demonstrable way a leader can communicate their core beliefs. Having a vision for the future pulls together a leaders core beliefs as a human person and as a leader.  What you stand for, reflected in how leader behaves to others, is the most important value a leader can portray.

The vision a leader demonstrates not only reflects their core beliefs in themselves but more importantly in their team. That faith is reflected in the leader's intent, what they are setting out to do. How bold, how courageous their plan for the organisation is an important element in successful leadership. Many great teams fall apart as people leave, not because of poor leadership in leading people in their role, but due to a lack of inspiring aspiration from the leader. Where leader's change from being aggressive and assertive and play safe and show little aggressive intent, then aspirational teams often breakup as the aspiration breaks down.

The 3rd element of a leaders vision is in their actions. Does the leader lead form the front, or is all talk. Great leaders know that being seen to lead is easy when things are going well, but truly effective leadership is about being visible and determined during the difficult times. When nothing is going according to plan. Taking the first step into the unknown, is demonstrating our belief in your vision as is rallying the troops after a set-back is belief in your vision, these are the moments of truth for a leader, are they there at the front or hiding away leaving others to pick up the pieces.

The 3 Elements In Effective Leadership:

The challenging part for any leader is how do you know you as a leader are communicating that pure belief.  The rousing speech, the motivational run around the team and the congratulations as people achieve results are not where you will find the evidence of your leadership.

Evidence of leadership comes from where you are taking your people. Not the destination, but the direction and pace of travel. A leader's beliefs, aspirations and actions are best demonstrated when needed most, when things aren't going well, when are where there is uncertainty and confusion.

"True leadership skills, and the leaders' character come out when setbacks occur, that's when leaders need to stand up and stand out"

When things don't go according to plan that people look for leadership and look at leaders, not just as a role model but to look at who they really are. Inspiring someone who is succeeding is just management jumping on a bandwagon: leadership is when people are struggling, or failing, and the leader comes to them listens, refocuses them and inspires them to try again with new tools or in new ways and then supports them every step of the way to success.

Here's three useful ways for leaders to see how if and how you are delivering effective leadership:-

Are you leading from the front? Have you got plan which inspires and motivates people about the future. If not then spend time to develop your strategic plan for your organisation. If you are not working ON your business, they you are stuck working IN it.

Do your people know what your plan for the organisation is and looks like? Do they know where they are going and do they understand where and more importantly why they are going that way? Ask your people what they know about the future direction of the organisation, start with the person who knows you least and work backwards. What do you learn about how your future plan is understood and valued across the company?

If you don't have a plan which everyone understands and values then it is time to step out and work on your forward Strategic Plan.

Think about the impact you have as a leader. Are you inspiring people or managing people? Leaders motivate others to act, managers conversely tell others what to do. Leadership is not about managing, but motivating through setting an example.

Sit down and think about what you can do to deliver more effective leadership rather than being pulled into a glorified management role. Get yourself an experienced mentor to bounce ideas around with, from outside the organisation if possible to help you focus on your leadership skill development.

Look at both the verbal and nonverbal cues from people you work with. Do they readily engage with you? Do they give you honest feedback openly and frequently? Do people really want to work with you, or do they try to avoid you at almost any cost, or only come to see you when they have good news to share and look for praise from?

This type of feedback is invaluable in monitoring how you as a leader are performing day-to-day in your role. If people are generating ideas and asking effective questions which test and validate your strategic plan then you are probably leading them well. If not, then the verbal and nonverbal clues of silence and evasion are probably an alarm bell sounding in your ear to change committing quickly.

I hope that helps YOU become a better leader, if you need more support get in touch to see how I can support you lead your people better. 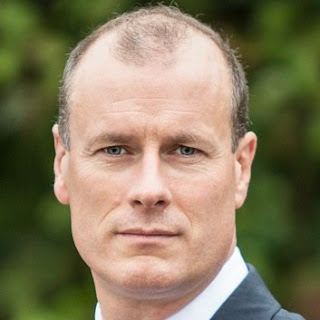 Richard Gourlay provides leaders with ideas and inspiration to lead their organisations. From strategy development to implementation, he works with leaders to work on their business rather than in their business. His online mentoring enables leaders to develop their forward strategic plan enabling them to lead their organisation forward with their plan to succeed.
- April 01, 2015