Have you felt the full power of the Internet Tsunami?

Have you felt the full power Internet Tsunami?

Has the world moved for you, or did you miss it? The world of business has shifted but many businesses don’t seem to have noticed the great shift in power away from companies to the customer. 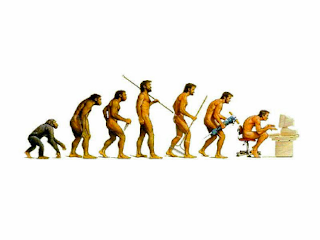 We all see the impact of the Internet in every market sector, well above the growth of online shopping or the growth of smart phones and the online move of insurance and music online. While these shifts and the responding growths of new consumes are just beginning to be understood, this is just the proverbial tip of the iceberg.

As our understanding of this shifting paradigm slowly emerges and evolves. It takes time for its impact to be fully understood and its impacts to be really appreciated. In the same way as the impact of the introduction of domestic electricity, which subsequently facilitated the introduction of the radio, which spread communication, did in previous generations. So the rise in power of the Internet is more than just our ability to look stuff up and buy consumer goods online.

This paradigm shift has certain key features, which makes the rise of the Internet generation far more dramatic in its impact to business today.
Unlike many previous innovations, the move online has been done in an infinitely scalable way, making it financially accessible using technology which is therefore low cost and software which is build on open and shared platforms. Rather then being a premium service only open to the super rich, such as the introduction of the car or the television, which limited the accessibility of the technology to those who could afford it, the move online has been introduced to all levels of society.

This global shift, supported by governments and industry to reach and penetrate all and every strata of society and on an almost global reach is a new global phenomenon creating a universal shift.

Whether in New Guinea or Newfoundland, you can get a 3G signal, with many countries like India and China just leapfrogged the copper wire landline systems of the 20th century through large parts of their country’s moving straight into the 21st century, avoiding unnecessary cost and rapidly accelerating progress throughout their country.  The Arab spring was not achieved by any three letter acronym news agency or Rupert Murdock’s media empire, but by new young mobile online generation who created, sustained and drove the rolling revolutions.

The result of the internet revolution is that the world has made a huge step forward almost overnight and that has changed more than just the way we buy some products, it has in fact changed the way we think, and act.  This universal overnight movement has also solved the adoption dilemma for new technology. For companies to achieve a launch of a new product or service they had to achieve certain volume and this can now be achieved without geographic boundaries and often bypassing traditional routes to market, achieving profit without having to invest huge amounts of capital in awareness marketing.

This paradigm shift has moved the way we think to such an extent that everything has changed. When in 1906 Admiral Sir John Fisher invented the Dreadnought in 1906, the Royal navy had 1,200 ships of-the-line, the Dreadnought made them all redundant overnight. Suddenly and globally, to be a superpower it was not the number of ships you had but how many Dreadnoughts you had and a new arms race had begun as every other battleship become redundant.

In the same way, the introduction of always available high speed broadband has made so much of business thinking redundant, not just in the collapse of use of directories such as yellow pages, dictionaries or our communication. Today people have empowered intelligence, the ability to become informed by scanning a QR code, or connecting to a highly rated source they can become more than informed, they can become actively empowered.

The internet is now driving people to think and do things in different ways across many age and economic cohorts. Its not just the young buying music or consumers doing their shopping online, although both have delivered huge shifts in culture to these markets.  People’s first mental response to knowledge and decision making is now to click, look-up and become informed.

No-longer relying on our embedded historical mental heritage or through experts’ advice, people are now researching and networking their knowledge and our learning, widening knowledge and creating expert communities on almost every subject matter possible. For example to become an expert on social media you could do an online course or you could click onto Mashable and become an expert within hours. Anyone and everyone can become an expert, exposing consumer and business choice to new forces and opportunities.

You may have heard the old adage that there is more computer power in a simple watch today than on the Apollo 11 spacecraft which took man to the moon. People have at their finger tips more knowledge about companies than even the most informed company is aware off. Users groups, expert forums and review sites empower and drive decisions, in a far more effective way than traditional marketing channels can persuade customers. 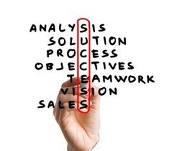 In just in the same way that the Arctic Monkeys pioneered emerging through an online community following, rather than through the plugging and playlist approval to get on the radio. Today the same today is true of consumer both in consumer and business markets.
The power of the internet is yet to be fully understood. For some it has been like a Tsunami, just as a record shop or an insurance salesman. To many others though it is an unseen force, they know its there but not what or how it operates and effects their business. But it is and it will. The sooner business wakes up to these changes the better placed they will be to compete without feeling they have one hand behind their back.