Did you and your business Pivot, Furlough, Hibernate of Fold during Covid19?

Business Leaders Did you and your business Pivot, Furlough, Hibernate of Fold during Covid-19?

Everything is easy in hindsight.

In history everything is clear and simple, some would say obvious to the point where the reader is left thinking what was all the fuss about. Well off course Britain would be on the winning side at the end of World War 2! How could they not be with the Americans and the free world all supporting them against a deranged megalomaniac.
Etc

History is only in Hindsight

History of anything only tells you want happened from the view point of hindsight, that 20 / 20 vision in which all things are clear, simple and obvious.  For those who lived through those difficult times would have seen the debate first hand things would have looked very different. Requiring difficult decisions against conflicting advice to be made with uncertain outcomes from each step they took. When things are tough its easy for leaders to say dig-in, but the real challenge for all leaders is not just when its tough, but when we are in the unknown and it's tough. That's when leaders will show their true colours in leadership. 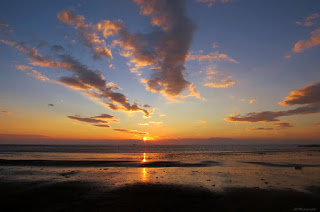 The Covid19 era, March to July 2020 is one of those occasions. In January and February we saw a disease far away causing small problems. Like a huge wave approaching a calm beach, we stand and look not realising its impact upon us until it is too late.

When it hit us in the west at first we stood in disbelief, a pandemic had arrived. Some seemed oblivious to it. The daily commute did not change, the polite conversations were around isn't a shame. Then came the realisation phase that a pandemic was like the black death or the Spanish Flu (which was not Spanish at all, just before anyone things it was, it came from the USA). Having seen the initial impact of Covid19, overwhelm northern Italy then came the sobering understanding that this was now everywhere and we all had to change our behaviours.

Few leadership teams had prepared their risk model to include pandemic (despite Bill Gates's 2015 TED talk forecast). They had in their risk model locker room, Millennium bug (2000), Terrorist Attack (2001) and financial crash (2008), and so had contingency planning in place for those such activities, but not for a pandemic. This meant that for many, form politicians, to health professionals down to business leaders they were stepping into the unknown and with no experience of anything like it. The Black Death and Spanish Flu being too long ago to fit with modern economic thinking.

For business leaders this pandemic has (and is) outside the playbook. There is no this is how we deal with this one, turn to page 101.  The response of business leaders has been a real eye-opener for us all, and if you worked in a company how your company reacted tells you a lot more than you might expect about the leadership within your company.
Many carried on as if nothing was happening until told to stop. Others ran for the hills (Caribbean or such like) to find shelter leaving their underlings to hold the fort. Some froze, some panicked, some just buried their heads and carried on until told to stop, while a few saw the wave before it hit and changed their business not only to survive but for some to thrive during the pandemic.

The speed with which businesses leaders responded to imminent arrival of Covid19 depended upon several factors, but being a unknown meant everyone started on the Back-foot. Those financially over-stretched or totally depended upon current markets were left with fewer options, so closing or furloughing were their only realistic options.  Airlines, pure retail shops, pubs and event businesses immediately went into total hibernation.

Many will have to wait until their market re-opens for they can be brought back and their leadership teams are left modelling how do we re-emerge and what world are we likely to re-emerge into? The new normal, won't be normal, instead we are most likely to see  paradigm shift has occurred in every market. As Barclays and Twitter have already identified, why do we need offices if our people can work better at home? Technology, lifestyle and the customer prefers our people to work from home, so why not change the success we are now finding.

This is just the tip of the iceberg, who is going to want to spend money on locked-in white elephant buildings, when they have learnt how to work remotely, butting the 2 to 3 hours commuting to zero. Why go back if you don't need to. The agile and flexible business models are where people want to be. Technology has made the shift happen and while people want to be part of a physical team they will not be doing that 5 days a week.

Opportunity is there if you look for it.

For many business leaders there is always opportunity if you look for it, and I don't mean toilet roll manufacturers.  There are many businesses which pivoted, some overnight, some took longer. From making medical PPE, to pubs doing takeouts and some becoming pure mobile pubs, the rate of change, the pivot has been impressive to see how quickly leaders have responded to the adversity and looked for and seized the opportunity.

The people who looked and worked out how to survive in the short term also have the first mover advantage in developing their model for the future.  If you can be agile then you can adapt quicker. Huge potential markets for loungewear have opened up. The home group exercise market (think Joe Wicks and Davina McCall), and the clothing, and paraphernalia around these areas are seeing huge growth.

Change has happened, it was not just a short nightmare

As individuals, families, communities and businesses all adapt to what some have called the new normal, or bounced back as their channels to market have reopened, the requirement for leaders is not to just go back to what's there before. The world has changed for good. It will not be life as before it will all be new. It might look the same and even feel the same (with facemarks), but this pandemic has accelerated, magnified and accelerated changes that were happening.
Shops did not just suddenly stop trading, they were already struggling to deal with market changes, Covid just accelerated that change. Restaurants that have not adapted were unlikely to adapt to changing demand patterns of home eating which Just eat etc have developed. Change is always happening sometimes we see it, once it becomes mainstream, but change is always with us.
Covid has accelerated and magnified those changes that were happening. from home working, which was 14% before the lockdown is likely to stay either as a permanent move, or become part of a shorter office working week for many, some believe that over 60% of people will not come back. Major companies such as Twitter and Barclays are not planning for everyone to ever return.

Covid has (and is) a step change Prepare for it.

For leaders of any business, they need to understand that there is no new normal, only a new way of working. Now is the time to make step changes to keep up with changes as they impact upon your longterm future. Your business plans for 2021 onwards need to reflect the world we are likely to operate within towards 2025, not the world in 2019.
Build your model for tomorrow built upon what you can see and feel today, not what happened last year.  For many 2025 is here now and the landscape they have come back to has changed, a step-change forward in many markets. Home delivery for example is now the normal, as is working from home. For many why go back is a reality and for many businesses, not being tied to high cost, high profile HQ, when you can run a global business without the cost. Retail is a changed landscape, many aren't there any more, bye bye Debenhams etc, and demand has gone online for affordable retailing. This is just the tip of the iceberg of change, so leaders must look at the real business landscape they will be operating within.

Learn more at www.richardgourlay.com and learn how Richard Gourlay supports leaders grow and develop their skills though his online mentoring support.
- June 11, 2021


I need to thank you for this very good read and I have bookmarked it to check out new things from your post. Thank you very much for sharing such a useful article and Will definitely save and revisit your site.
business ideas